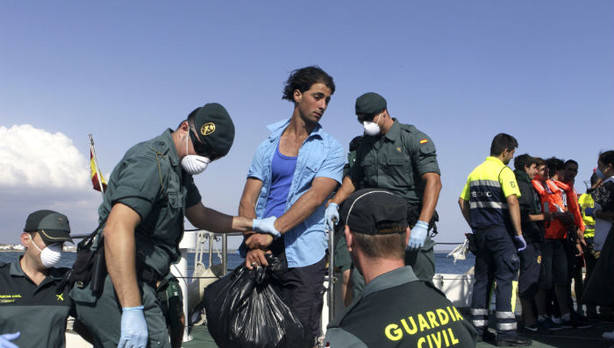 The yearbook of immigration alerts about the “unfavourable context” due to the reduction on budget dedicated to this issue.

The economic crisis has caused an “unfavourable context” to immigrant integration in Spain due to the systematic reduction on budget dedicated to this issue, as noted the Yearbook of immigration in Spain 2014 which was presented in June. 17 experts of different backgrounds participated in the elaboration of this report to offer a panoramic of the migration phenomenon and how the economic situation affects to this population.

Joaquín Arango, one of the directors of the Yearbook, noted that a great part of people who leave Spain are immigrant despite the society is focused on the emigration issue because it is a new phenomenon. In fact, from the 2,186,795 people who moved out of Spain from 2008 to 1st of July 2013, 1,924,714 (the 88.01%) were foreigner and 262,081 were Spanish people (11.98%). Arango insisted on that the great part of immigrants who arrived in the years before the crisis, remain in Spain, and they have not ceased to arrive despite of this figure is lower than people who are moving out of Spain. Thus, he underlined that from the integration of immigrant people will depend on “good health” of the future society.

In this sense, he considered that the economic crisis have caused an unfavourable situation on their integration due to austerity budgets. The integration, pointed out Arango, needs a public budget of Councils, Local governments and Central government. However, these funds are being systematically cut. Thus, he said, there are fewer people dedicated to increase the integration of this collective. Councils and social organisations are doing an effort in order to fill vacancies in the departments, dedicated to these issues, which are not covered. Moreover, other director of the mentioned Report expressed that the government is not taking the legislative initiative on immigration.