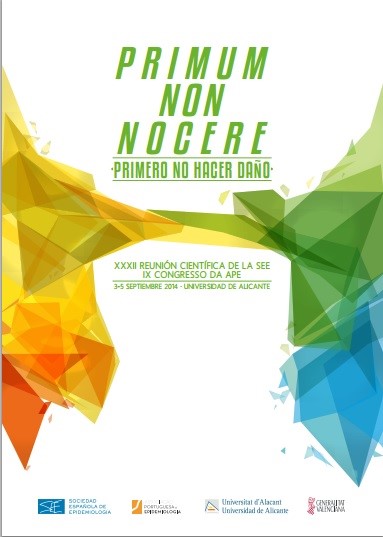 The XXXII Meeting of the SSE and the IX Congress of APE (Associação Portuguesa Epidemiology) adopted the slogan "Primum non nocere" (first do no harm), a phrase attributed to a Hippocratic precept. In the context of the scientific meeting, this slogan refers to the need not add suffering to people in their contact with the health services, encompassing both the adverse effects of diagnosis, treatment and nursing care.

Beyond the health sector, the maleficence of the activities of Preventive Medicine and Public Health is also a central theme in this scientific meeting is also important as the need to create a space for discussion on the impact of health policies and public health or the mere absence, and also include commercial activities.

Some of the issues discussed at the meeting were: