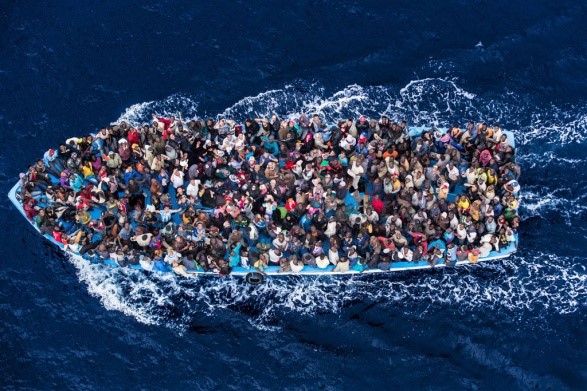 “Since the beginning of the year, 293,000 migrants and refugees tried to reach Europe via the Mediterranean Sea and 2,440 of them died during the crossing,” said Mr. Guterres during a press conference in Geneva. “It is clear that Europe has the capacities and the size needed to meet the challenges, assuming that it shows unity and jointly assume this responsibility,” concluded Mr. Guterres. The migrants, coming mostly from Syria, had initially reached Greece from Turkey at sea, prior to crossing the Former Yugoslav Republic of Macedonia to Serbia and Western Europe.

Envisioning a more inclusive and responsible migration policy at the European level, Mr. Guterres emphasized the need to increase resources allocated to development cooperation, as well as humanitarian assistance, in particular to address root causes.

The High Commissioner also called to accelerate implementation of the decisions taken by the European Council to improve reception and registration of refugees, but also relocation and resettlement. The latter, he observed, “today would likely require much higher figures than those that have been proposed so far.”